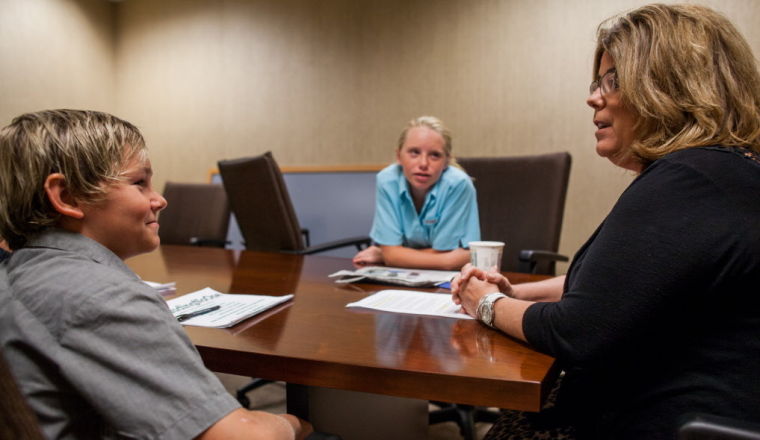 Making a big marketing shift, Abercrombie & Fitch announced in early November that they will be selling plus-sized clothing on their website starting in 2014.  Currently, the store doesn’t carry above size 10 in women’s.
During an interview with WTVR, Michael Scheiner, the company’s director of marketing and public relations, stated that the company will” … continue monitoring customers’ demands and preferences …” However, Scheiner did not disclose whether or not plus sizes would be sold in store.
Back in 2006, Abercrombie & Fitch CEO Mike Jeffries said something to Salon Magazine that is still bringing bad press to the company to this day.
Jeffries mentioned in his interview that Abercrombie & Fitch is an exclusionary company, appealing to “the attractive all-American kid with a great attitude and a lot of friends.”  His statement is backed up by the fact that stores do not carry over a size 10 in women’s pants and they do not cater to plus sizes; however, they offer XL and XXL in men’s clothing for “beefy jock types”.
Despite his attempted clarification in May of this year, Jeffries makes no obvious effort to push for diversity or inclusion in Abercrombie & Fitch stores.
No worries, though, because there are some new kids on the block. Meghan Coleson, 13, and her brother James Coleson, 11, residents of New Kent, have taken a stand against Abercrombie & Fitch by creating and marketing their own clothing line.
The brand, “XLuding No One,” hit the online market last month.  While the brother-sister duo has only sold about 100 t-shirts, they have already received requests to add caps and other gear.
In regards to Jeffries remark about being exclusionary, James said, “excluding people isn’t cool. Including is cool.”
Read the entire article in the Richmond Times-Dispatch.
To read the entire article on Abercrombie & FItch’s plus sizes, visit WTRV’s website here.