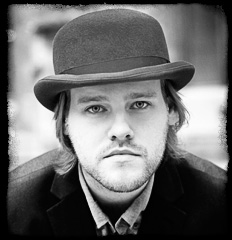 Many little girls dream of being a Disney princess. Based on what they see in the movies, they want to live like a princess, dress like a princess, find their prince, and have the fairytale wedding.
But what would happen if we took real women — who also happen to be inspiring — and turned them into princesses? Would little girls then think of these women as the real role models?
David Trumble, a 27-year-old illustrator for Disney’s new collection “World of Women,” did just that.  He took 10 inspiring women of past and present history and created “princessified” versions of each woman.
During an interview with Women You Should Know, Trumble explained his take on heroines and the female role model mold that society reflects onto the younger generation.
“My experience of female role models both in culture and in life has shown me that there is no mold for what makes someone a role model … Fiction is the lens through which young children first perceive role models so we have a responsibility to provide them with a diverse and eclectic selection of female archetypes,” Trumble stated in the interview.
He developed the collection after Disney made adjustments to Merida, the leading heroine ofBrave, and her image.  She was going to be inducted into Disney’s collection as the 11th princess but they felt it necessary to alter her look before the ceremony.  This caused uproar among parents and the creators of Brave because Merida was the anti-princess.  The whole point behind her creation was to show young girls it’s okay not to be skinny, or materialistic, or that you always need to be the damsel in distress.
“I drew this picture because I wanted to analyze how unnecessary it is to collapse a heroine into a specific mold, to give them all the same sparkly fashion, the same tiny figures, and the same homogenized plastic smile,” he added.
He went on to say that he believes that there should be more options from which little girls can pick and choose because it is silly to paint a whole gender with the same brush.
What do you think about David Trumble’s illustrations? Do you think Trumble has the right idea about not stereotyping princesses?  Who do you think is a wonderful role model for girls that you would like to see turned into an illustration?
To read the full article and to view the collection, visit Women You Should Know’s website here.
To read the full article on Merida and her new look, visit Women You Should Know’s website here.