Religious Groups Learning Together Across Virginia 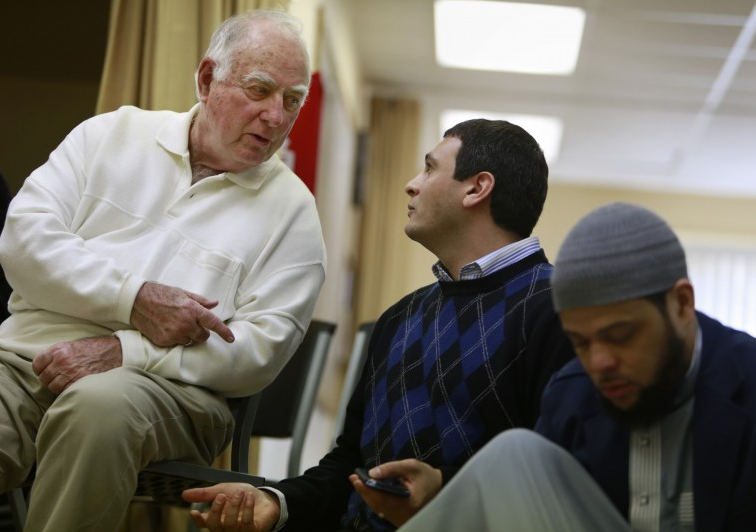 What can happen when diverse groups come together?  After a recent dialogue series between Christians and Muslims in Virginia Beach, one participant was quoted in the Virginian-Pilot saying, “these people became almost a surrogate family over a short time, and it was kind of magical to me. I think some of that was because we shared something – religion – that people don’t usually talk about, and we did it in an honest and respectful way.”
That series, titled “Just Faith,” was based on a national model.  Locally, 13 participants met for nine straight Tuesdays, discussing Christian and Muslim perspectives.  And while some participants lamented that they didn’t go deep enough, others were clearly moved.  One Christian participant noted at the end of the series that, “I was dead set against that mosque being built in Virginia Beach and had my own bigoted reasons… And now I have completely changed my position. That’s how much this changed us. I saw the architectural plans for the new mosque, and if they manage to get it built, it’s going to be beautiful.”
The program was supported by the Virginia Beach Human Rights Commission.  It is just one example of many interfaith efforts across Virginia.  VCIC annually co-sponsors the NEXUS Interfaith Dialogue Series and “Voices of Faith” with the Center for the Study of Religious Freedom at Virginia Wesleyan College.  Last November, an annual Community Interfaith Thanksgiving Service in Lynchburg was profiled in the News & Advance.  And next month, an annual Interfaith Trialogue Series brings together Christian, Jewish, and Muslim residents of Chesterfield County.